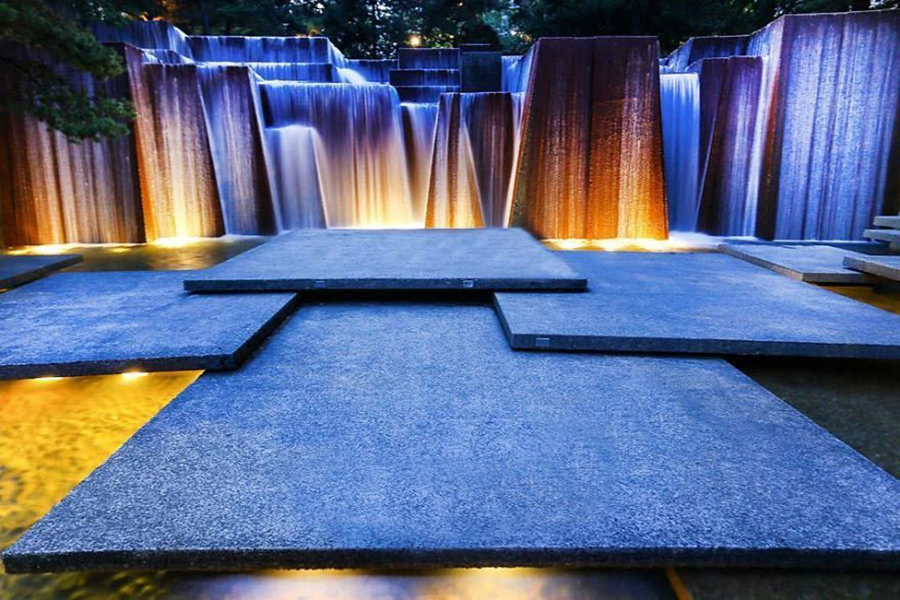 Keller Fountain Park is a city park in downtown Portland, Oregon. Originally named Forecourt Fountain or Auditorium Forecourt, with the surface of 0.92-acre (0.37 ha), the park opened in 1970 on Third Avenue from what was then Civic Auditorium. In 1978, the park was renamed after Ira C. Keller, head of the Portland Development Commission (PDC) from 1958–1972.
The central feature of the park is the concrete water fountain. Keller Fountain is often noted as a memorable feature of the public landscape in downtown Portland, and in 1999 was awarded a medallion from the American Society of Landscape Architects. The fountain was designed by Angela Danadjieva using inspiration from waterfalls in the Columbia River Gorge located east of Portland. While the park is named Keller Fountain Park, the fountain itself is named Ira Keller Fountain. The fountain’s pools hold 75,000 US gallons (280,000 l; 62,000 imp gal) of water, while the waterfalls pump 13,000 US gallons (49,000 l; 11,000 imp gal) per minute over the cascade.
The project was carried out within an urban renewal programme and cost 12 million dollars of the federal budget. L. Halprin in collaboration with Angela Danadjieva took into account peculiarities of the landscape when designing the park, and introduced something the city never saw before, a mighty waterfall. 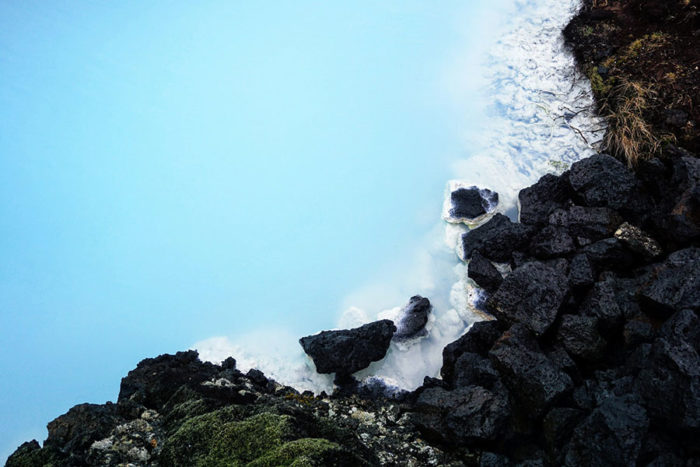 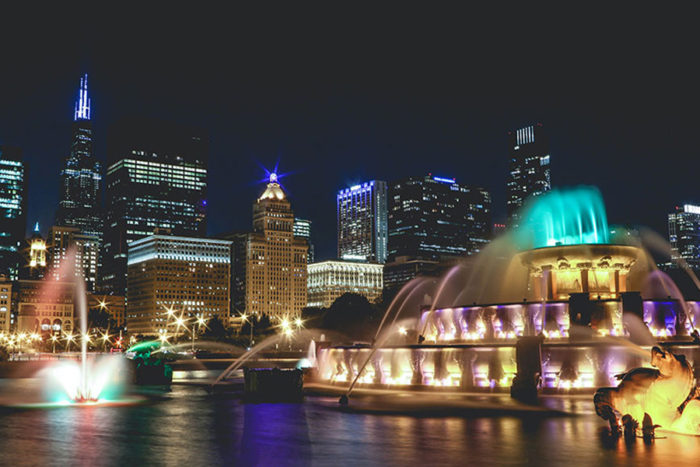 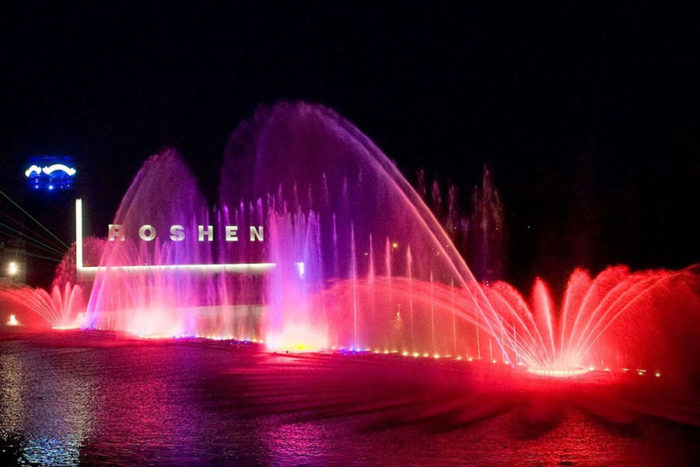